Get Workflow Get Latest Release This workflow provides 48 shortcuts to access most of WordReference's features: 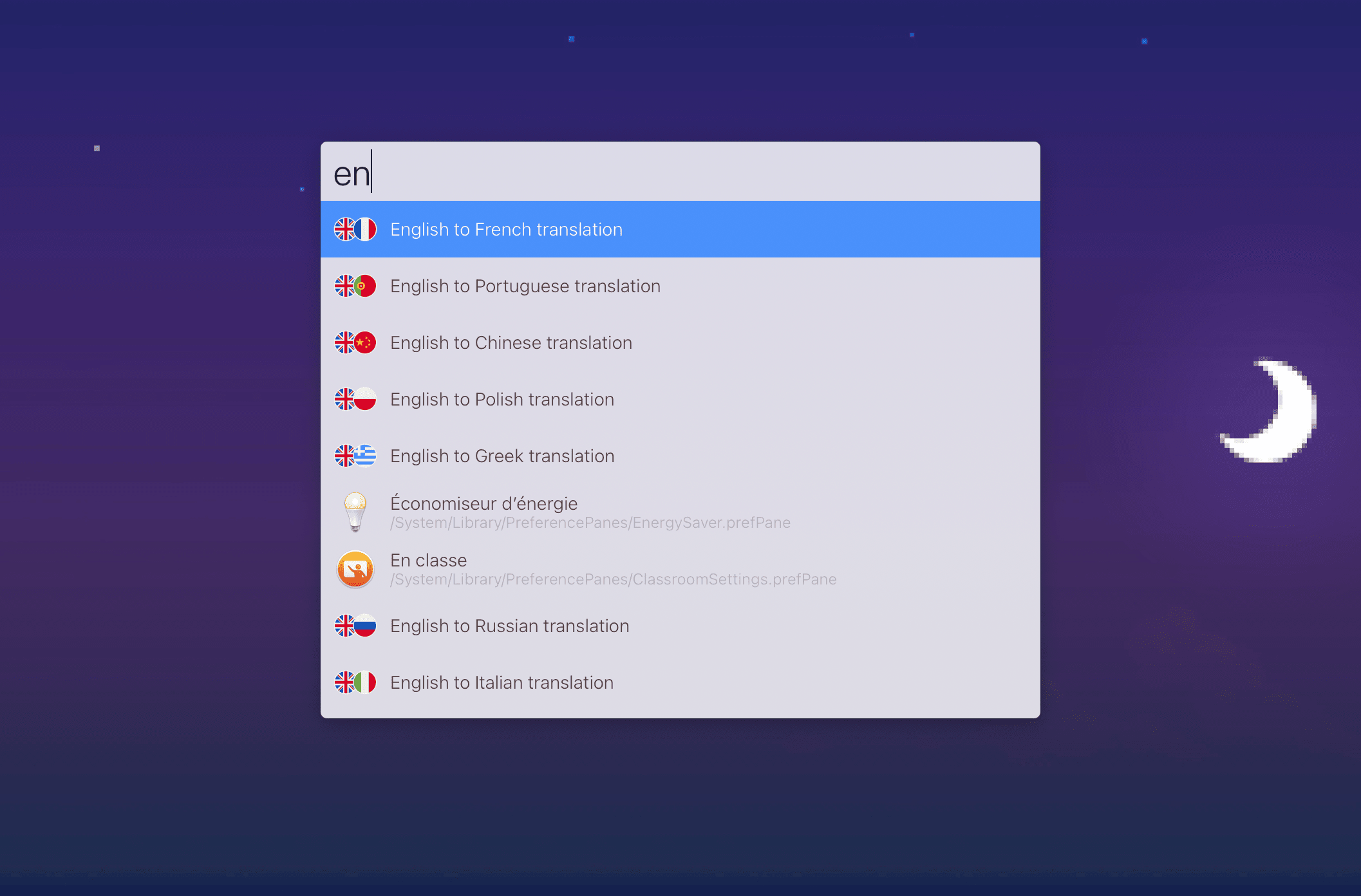 Here are all the language combinations you have at your fingertips:

You can also access the advanced English dictionaries with the following shortcuts:

Q: Do I need an API key for this workflow?

A: No! This workflow consists of simple URL shortcuts taking you directly to the relevant WordReference result page. Therefore, there is no API key needed.

A: Most of WordReference's dictionaries are supported. Check the translation shortcuts list or edit the workflow in Alfred to see a visual list of all available shortcuts!

Q: Why did you choose flag A instead of flag B to represent language C?

A: Flags aren't supposed to represent languages, but countries. I agree, but they still are the most visual representations of a language that we have at our disposal. I've experimented making icons with ISO language codes instead, but it becomes really hard to visually distinguish them from each other in Alfred. The choice I've made are not political/religious, I simply tried to pick the most neutral option whenever possible.

Q: A shortcut is conflicting with another workflow. How can I fix that?

A: Feel free to edit the workflow shortcuts to your convenience. The most likely suspects you might want to customize/delete are def, syn, use, col & perhaps conj.

Feel free to open an issue with your improvement suggestion. I will take every one of them into account!

If you like this workflow and want to donate, you can:

Please note that I'm in no way affiliated with WordReference, I simply cherish this awesome web resource!